The Carnival of Acireale , considered “the most beautiful in Sicily”, is one of the most authentic and engaging events of the island’s folklore. Throughout the period of the celebrations allegorical floats, masked groups, bands and flowered floats parade along an articulated path through the streets of the center. Exhibitions and concerts are located within the circuit, entirely immersed in the splendor of Sicilian Baroque.

The first documents on alleged Carnival celebrations in the land of Jaci date back to 1594 , as can be seen from a payment mandate ordered by the Jurors in favor of the Capuchins for the ” carnilivari festivals “.

Untied from all constraints, in the period of the year when everything is allowed, citizens could allow themselves the freedom to joke about the powerful of the time. It is from this propensity to satire that one of the first masks of the Acese carnival came to life, “the Abbatazzu ” (also called Pueta Minutizzu), which with its large books made fun of the clerical class of the time, in particular on Monsignor Michelangelo Bonadie, Abbot-Bishop of Catania.

Around 1600 during the Acese carnival there was the habit of playing by throwing oranges and lemons. Despite the enthusiastic participation of the crowd, in 1612, the Court issued a ban prohibiting the practice.

In the eighteenth century the tradition was resumed after the long standstill caused by an earthquake that upset Eastern Sicily. Other masks appear: the Barunis are flanked by the Abbatazzu , with the intention of making fun of the aristocracy, and the Manti , a costume with many frills that had the sole purpose of keeping the wearer anonymous. 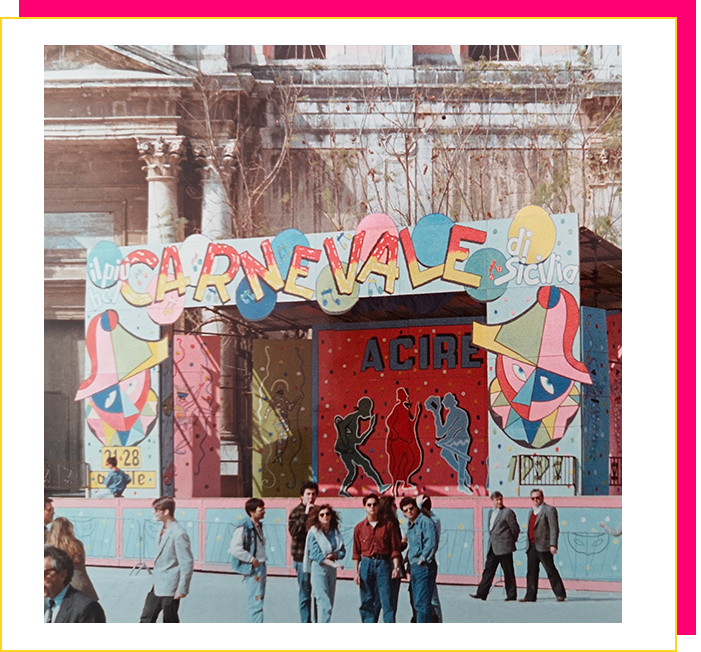 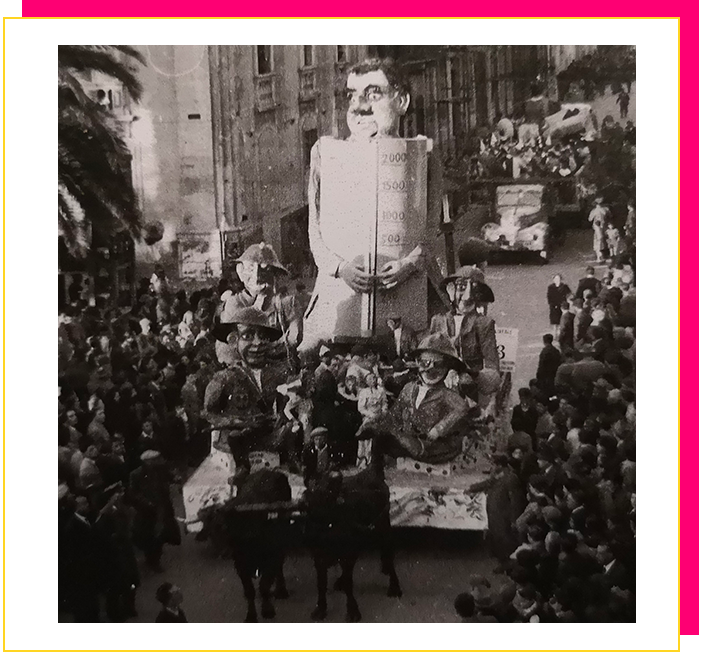 The 21st century is the century of the cassariata , that is the parade of carriages (landaus) of the nobles who threw multicolored confetti at the people. Subsequently these landaus with the noble owners were “undermined” by the papier-mâché .
In 1880 the first papier-mâché floats were built in Acireale. From then to the present day Acireale has maintained this tradition by making use of various construction sites carried out by willing artisans who have made more and more well-kept wagons.
1929 marks the establishment of the Autonomous Company and Health Station of Acireale which will take care of organizing the event until the nineties, and then pass the task to the Municipality.

In February 1948, after the tragic interlude of the war, the Carnival organized by the Care Company returns to the streets of Acireale. The program consists of a “Palio” held at the sports field at the Capuchins or a race with thirteen donkeys ridden by young university students, the parade of a cart with three flowered cars and the inevitable dance at the Town Hall.
After the war, with the economic recovery of the country and the industrial boom of the 1950s, there was the creation of the flowered “subject” placed on the cars of the time.
Since 1970 “ the most beautiful Carnival in Sicily“Is perfected and settled, becoming more and more imposing and above all refining itself in the construction of allegorical floats, more and more sophisticated and colorful, and flowered floats, more and more mammoth.
An important milestone occurred in 1996 when Acireale, for the first time, became part of the national lottery together with Viareggio and Putignano . 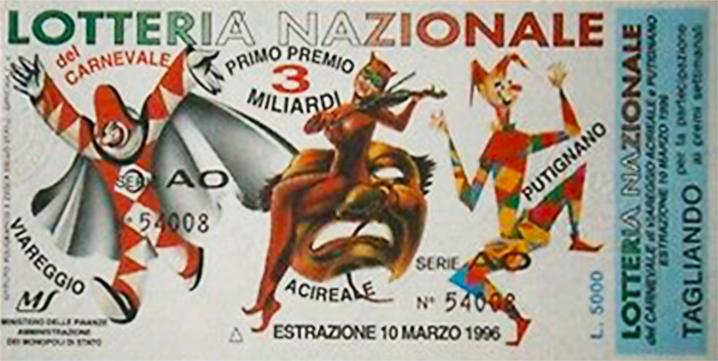 Since 2005, the Acireale Carnival has established a series of twinnings with the other Carnivals in Italy , aiming more and more at an international profile.
Even today, centuries later, the event draws its lifeblood from the renewed enthusiasm of the participating public, an audience that chooses to be transported into an alternative reality, made of sounds and colors of a festive city.