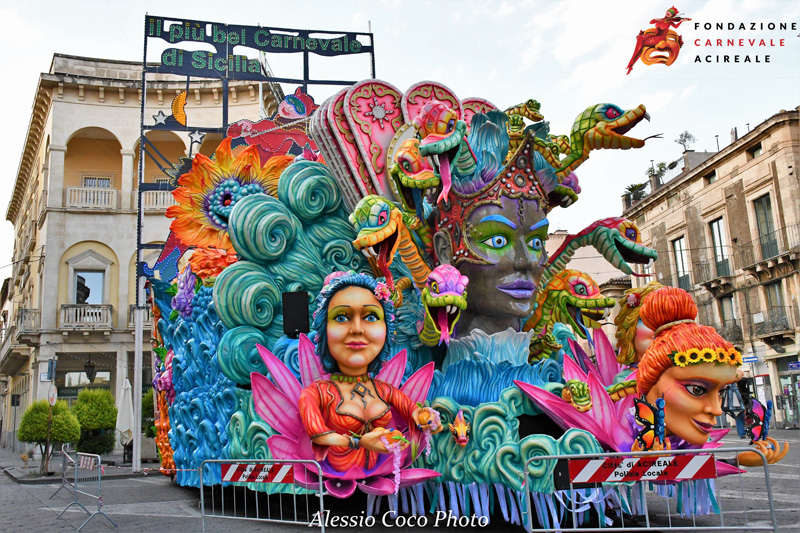 “Our greatest glory is not in never falling, but in getting up every time we fall.” (Confucius)

Confucius was the most important philosopher of Chinese culture and it is precisely from the aphorism mentioned that the new inspiration for the Mario Principato Cultural Association was born. This time, our subject represents a hymn to never give up, an invitation to focus the mind on the goal of resisting and fighting, especially in light of today’s events. “The Chinese shadow” is the one that in 2020, on an ordinary day and without us expecting it, hit us, upsetting our lives, upsetting the whole world, Italy and our beautiful Sicily; that we wanted to represent in the front of the work, as a transposition of the mythical legend of the “Three Nymphs”.
It is said that these three divine and beautiful nymphs went around the world dancing and collecting stones, fruits and small parts of earth from the most fertile soils. Arriving in a region with a clear blue sky, the three nymphs began to throw everything they had collected during their journey into the sea.

Thus, suddenly, three promontories emerged from the clear waters of the Mediterranean, Capo Peloro (Messina), Capo Passero (Pachino) and Capo Lilibeo (Marsala), and as if by magic a beautiful island also emerged, a fertile land: Sicily. . Immediately behind the three young nymphs we have depicted the magnificence of the Trinacria, represented by the mighty head of “Medusa”. Her thick hair is made up of very colorful and restless hair and we see evident cracks in her face, which embody the difficulties of a tired Sicily, but at the same time thirsty for revenge.
Behind it we see an imposing fan typical of the Chinese tradition with the effigy of the “yin and yang”, indicating the perennial struggle between good and evil. This rises inexorably and like a shadow hangs over the trinacria: over us. Suddenly a gash opens the fan, from which we see a legendary monster of Asian mythology, the terrible and ferocious “Nian”, who with his might and his threatening gaze tries to terrify us, but in vain!

This is because behind him a dazzling and shining light rises, the light of the fire that completely cancels the shadow: it is the mythical and fabulous “Phoenix Arab” that dominates everything and everyone and comes to our aid, protecting us in its wings. It reminds us that we must be reborn from our ashes stronger than before and not to lose the ability to face adversity in a positive way.

With the hope that everything can go in the right direction we wish you a good Carnival to all … thin, long and even low!

THE CHINESE SHADOW - Category A 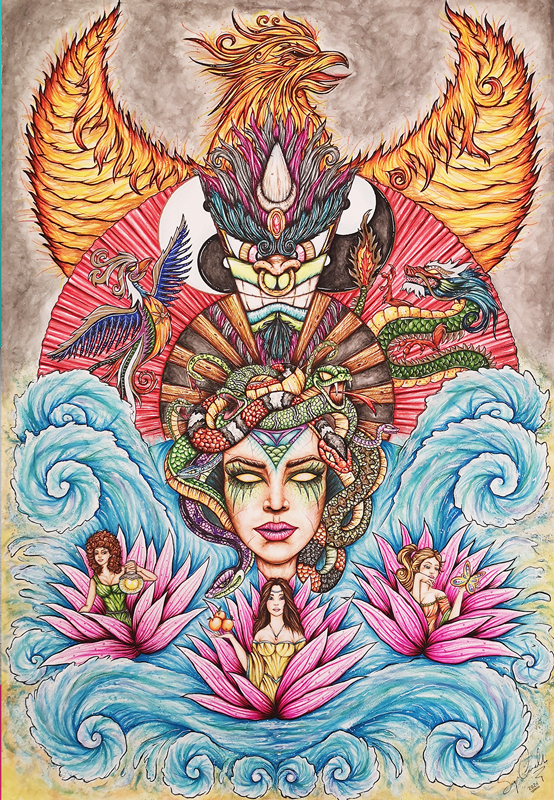 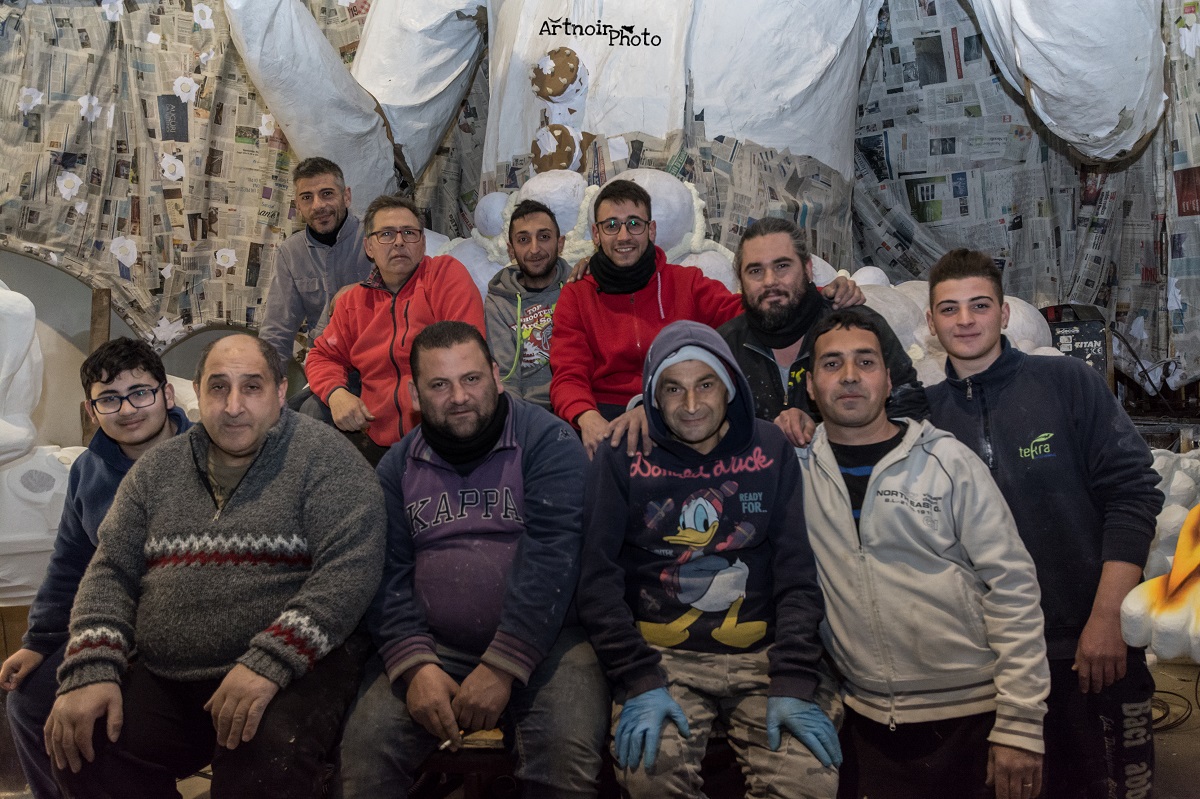