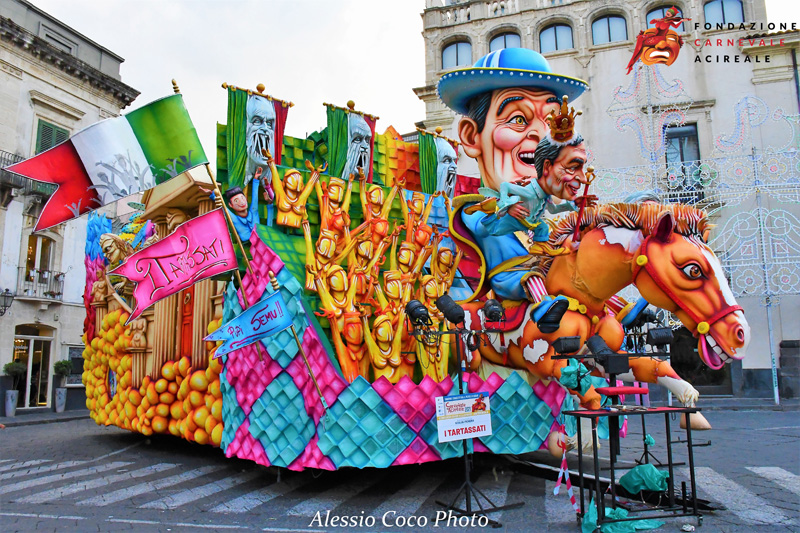 The Scalia-Fichera Association in the work it will present in the next edition of Carnival 202I wants to focus attention on the Italian economic situation.
Taking its cue from the position that Italy occupies among all the member states of the European Union, that is, it occupies the seventh position among the 27 nations for tax burden.
The unfairness of the tax burden exerted on citizens which in fact has created three social classes in our country: the too rich, the middle class that is forced to pay taxes even if they cannot manage to pay them a month and often renouncing the smallest material things while to make ends meet and finally the poorest from the minimum retirees to those who do not receive any income.

This situation worsened with the last event of COVID19 which brought down the entire economic system, yet for some it was a great opportunity taking advantage of the tragedy experienced by our country, it is hoped that it will have legal implications as soon as possible.
From all this situation to suffer the most, today and as always is the South; both for the lack of industries and structures and for the connections with other regions and even between the Sicilian provinces themselves. Without a shadow of a doubt, the statement, during a well-known national broadcast by the journalist director of one of the most important Italian newspapers, was not the happiest, specifically “Feltri” pointing to the south as an example of underdevelopment and inferiority .
Beyond the preliminary reasoning, the Scalia-Fichera Association with the work it presents asks and wants to make everyone reflect on the fact that there is no counter-trend on the part of our rulers to ensure that Italy is all enabled to have the same treatment. Why not identify those gaps that are there for all to see?
What is certain is that it cannot be the Citizenship Income, social safety net, to solve the problem, or the layoffs.
The south and all of Italy need a change. Which could be? We are sure of this “the reduction of taxes, and the reduction of VAT. Which still today drop us in seventh position in negative among the European states.

Another aspect is equality and labor law for all as the article of the Constitution mentions. For this reason, the figure of the great Totò will stand out in the work presented by the Association, who in his film “I Tartassati” represented the reality of the Italian situation trying to limit the payment of taxes but undergoing constant checks by the State Bodies. The Tartassati are those who honestly declare their en “trate but often fail to make ends meet for too many taxes to pay see VAT, HEALTH CAR STAMP, SUPER STAMP, IMU ICI TARI, in short, a real fight against the State as mentioned in the work in question metaphorically represented by Count Dracula ready to draw blood to the citizens but hiding behind the mask there is the real “Count” President of the Italian Council who, immersed in his animated castle as in the comics, represents all our governors looking at the people from ‘top to bottom.

But if the Italian people are now resigned, we can only hope that “a Phoenix Arab”, a sign of rebirth, especially after the epidemic experienced in our country, can make us restart all together both from an economic point of view and perhaps with a hug and handshake that we only experienced virtually during the lockdown.

THE HARASSED - Category A 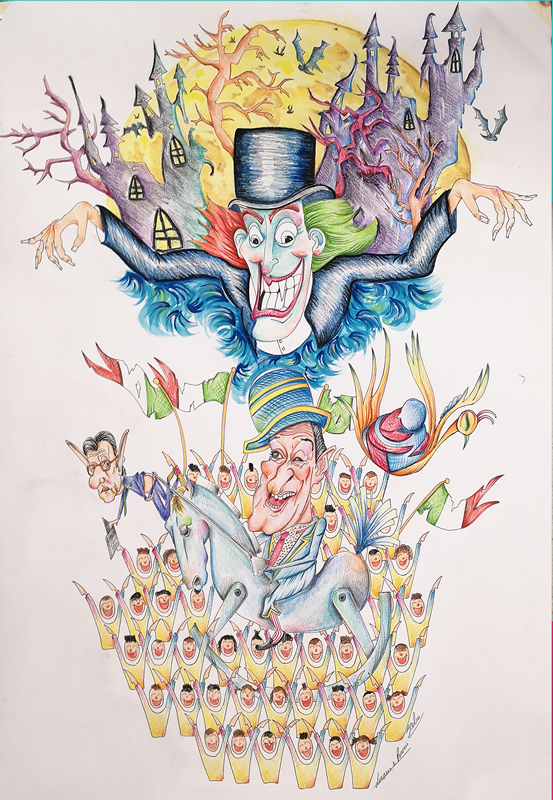