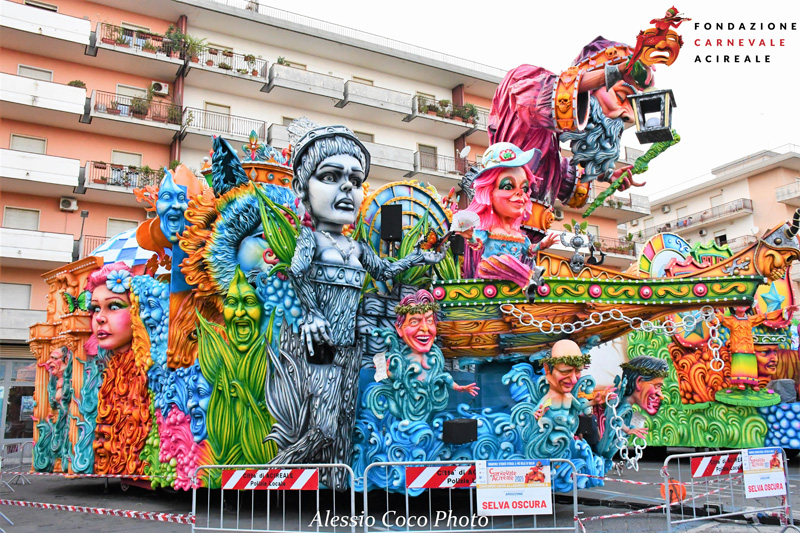 On the occasion of the 700th anniversary of the death of the “Supreme Poet”, this work intends to actualize the journey undertaken by Dante, a poet-pilgrim who embodies all men for whom he seeks salvation from sin as well as for himself. By personally embarking on an otherworldly journey through the three realms, he places himself as a narrator, man and sinner at the same time, through a descent into the Underworld in which uncertainty, fear and doubt constantly grip his heart and his mind.
In this perspective, the dark forest, in which Dante gets lost, is one of the best known literary metaphors that refers to disorientation, dismay, horror in front of sin: man, by sinning, cancels his own likeness to God, deforming himself himself and the world in which he lives. Today, after seven hundred years, we are witnessing the same bewilderment: COVID-19 is the new dark forest into which we, in spite of ourselves, have fallen; this new plague has swept away our certainties and has questioned our worldview and our interpersonal relationships.

The three beasts, the Loin, the She-wolf and the Lion, represent the sins of the human being, which must be expiated in order to be purified from all sin at the end of one’s journey.
Charon, ferryman of the damned souls, is entrusted with the task of ferrying all the evils of the world and of our Italy, represented by the beautiful Beatrice, as if to purify her of her vices, thus catalyzing the purification process.
“In the middle of the journey of our life, I found myself in a dark forest, because the straight path was lost” so Dante, in a sinful condition, like every man, sees his life as a large chessboard, where the winning move is obscured by fear.
Despite this, rebirth is there for everyone, the combination of the elements of mother nature (earth, fire, water, air) and the ever-living flame of hope, the swan of humanity, are able, in fact, to give new life, like an infant, to the “new man” regenerated by love. 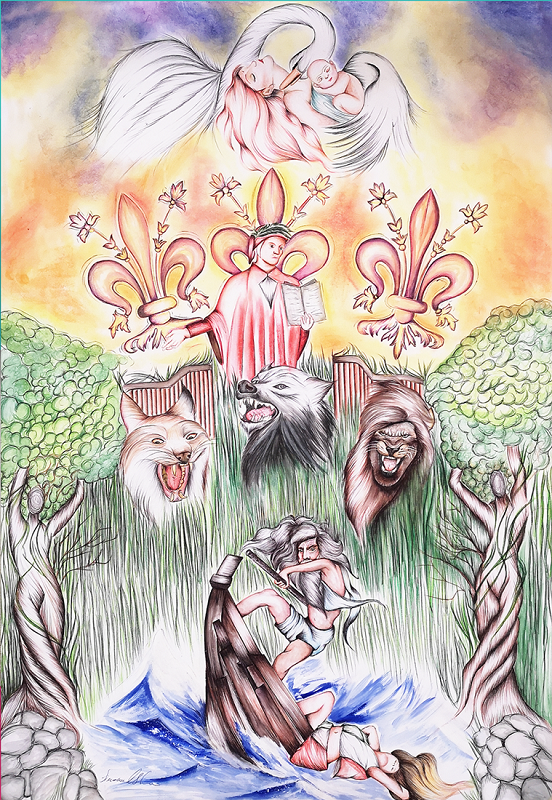 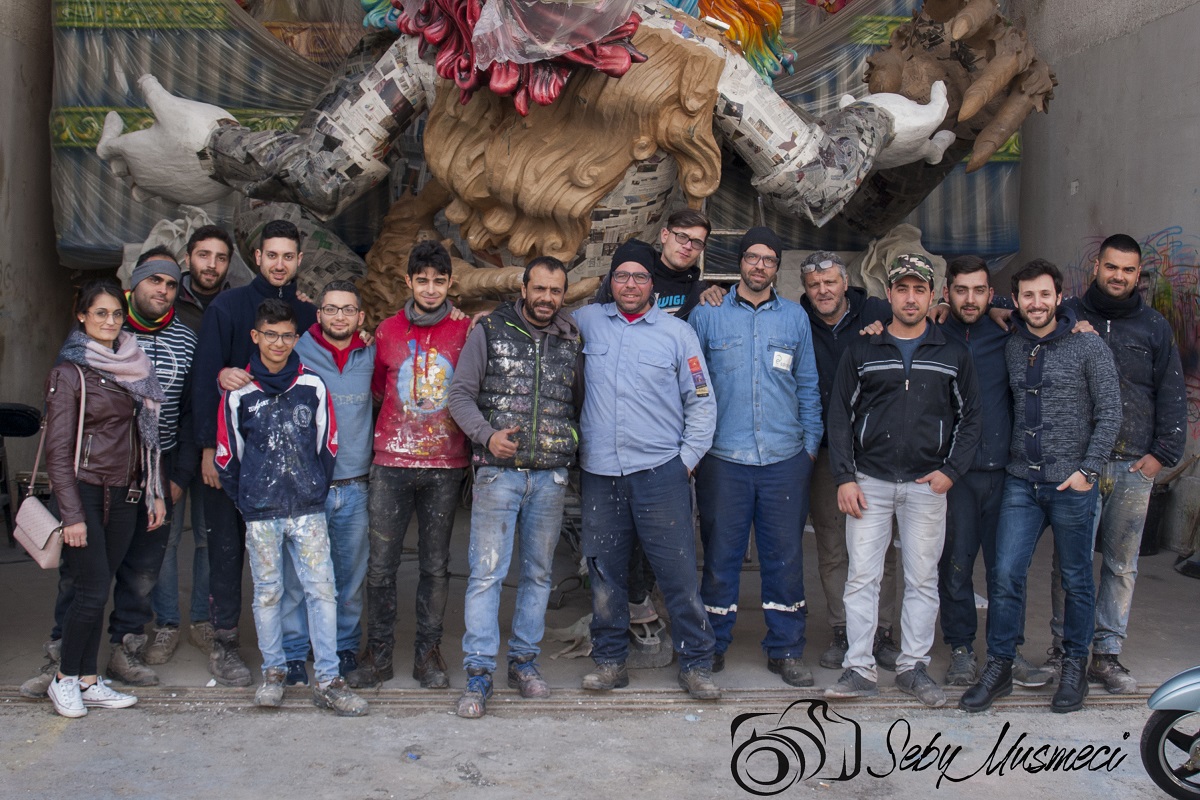 In 1979 the Ardizzone shipyard was born, founded by the great passion for papier-mâché of the master Camillo Ardizzone. In the same year he made his debut for the first time